Akeno Himejima (姫島 朱乃 Himejima Akeno) is the Second-in-Command of the Gremory group. Known as the "Priestess of Thunder" (雷の巫女 Ikazuchi no Miko?), she is the Vice-President of the Occult Research Club, and her rank is "Queen". She is a beautiful girl who ranks second in popularity after Rias, and are both called the "Two Great Ladies of Kuoh Academy". Although she is a very gentle person, often saying "Oh my" (あらあら Ara ara?) or giggling, there are a lot of mysteries surrounding her, and Issei instinctively fears her during his first battles, as she gains a wild and highly sadistic personality. This, combined with her lightning powers, has earned her the nicknames "The Ultimate Sadist" (究極のS Kyokyoku no Esu?) by Rias and "The President's Hitman" (部長の懐刀 Bucho no Futokorogatana?) by Kiba.

She is the strongest member of the club after Rias and, as Queen, has all traits of Pawn, Knight, Bishop, and Rook. Akeno excels at using attacks made from magical powers and can use natural elements like lightning, ice, fire, and such. In Volume 4 of light novels after revealing her true identity to Issei, she eventually starts to use her Holy Lightning powers from Volume 5 onwards after Issei's persuasion, and became to be known as the "Priestess of Thunder and Light" (雷光の巫女 Raik? no Miko?).

In the light novels, it is revealed that she was born from a human mother and a Fallen Angel father. As a child, Akeno was close to her mother, Juri Himejima, and was in despair when her mother died, blaming her father, Baraqiel, one of the leaders of the Fallen Angels, for not being able to protect her mother. After the death of her mother, she stayed with her mother's relative before being kicked out and eventually became Rias' servant. She is a friend close enough to call Rias by her name in private, yet calls her President in presence of others and displays a master-servant relationship in public. She persistently refuses to use her Holy Lightning powers (inherited from her father), but starts using it after being convinced by Issei. In Volume 7 of the light novels, Akeno admitted that she loves her father but blames him because if she will not blame someone, she will mentally lose herself. This shows that as a result of a tragic past, she is a troubled person.

At first, Akeno first thinks of Issei as a cute kohai and enjoys teasing him. During the events that led to the revelation of Akeno's identity, she falls in love with Issei after the latter says that he hates Fallen Angels but he likes Akeno. He tells her that he never disliked the gentle side of her and knowing her past does not change his feelings. Her love for Issei grows even stronger after the battle with Loki. Akeno has a tendency to seduce him which angers all the girls that like him. Akeno once told Issei that she does not mind being third behind Rias and Asia. She moves into the Hyodo residence in Volume 4. In Volume 11 of the light novels, Akeno, Issei and Yuto took a promotion test to become middle-ranked Devils. In Volume 12, Akeno gains access to her Fallen Angel Form, which gives her six black wings and drastically increases her Holy Lightning abilities. At the end of Volume 12, Akeno is officially promoted into a Middle-Class Devil. 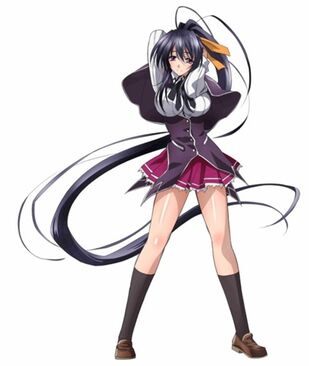 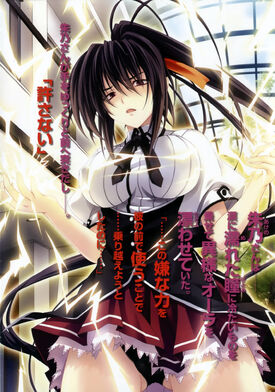 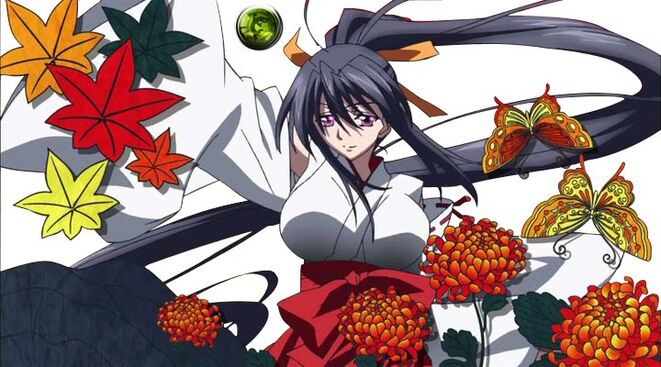 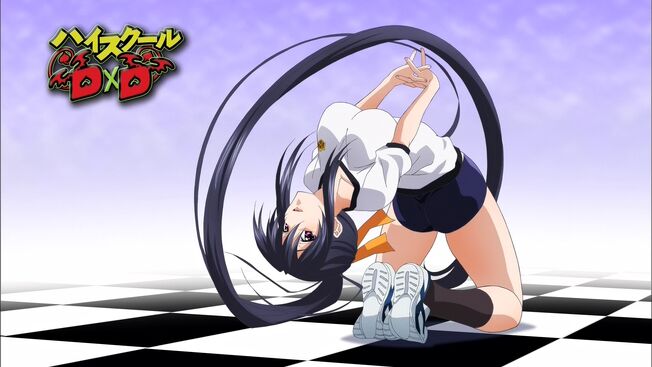 1/18
Community content is available under CC-BY-SA unless otherwise noted.
Advertisement