Much Scorpion very oof by (Doge)

He just ate a scorpion

He just ate a scorpion

first appears in Volume 4 of the light novels. His Sacred Gear, "Forbidden Balor View" (停止世界の邪眼（フォービドウン・バロール・ビュー） Fōbidoun Barōru Byū?, lit. "The Evil Eye that Stops the World"), has the ability to stop the time of those he sees but is unable to control it. As a result, he is sealed by Rias as ordered by the elders prior to the series until he has grown up enough to control it. He still shows a lack in full command of his power, but can significantly improve a lot by drinking Issei's blood (as a result becoming very attached to the latter). Gasper is a coward and prefers to shut himself in. He also has a penchant with boxes, and is always seen carrying one. Being a half-vampire, Gasper has the ability to command bats, which he uses for reconnaissance.

Gasper is a child of a Vampire Lord and a human woman, and thus is hated by many of his own clan, including his siblings, mainly due to the Vampires discriminating which is stronger than the other races. Eventually, he was chased out of his house and was targeted by vampire hunters, later losing his life. It was around that time Rias found him and took pity in the boy, reincarnating him into a Devil through a use of a Bishop Mutation Piece. In Volume 11, Gasper goes to the Grigori headquarters to increase his powers. He returns in Volume 12, disappointed that he gained nothing until he heard about Issei's death from Georg, causing Gasper to undergo a change where he can create an enormous amount of darkness that devours everything (even the mist created by Dimension Lost), which allows him to defeat Georg 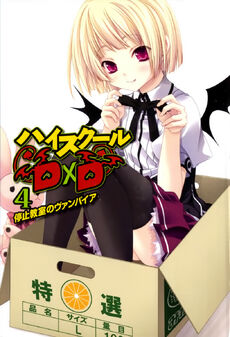 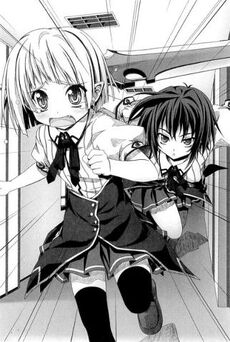 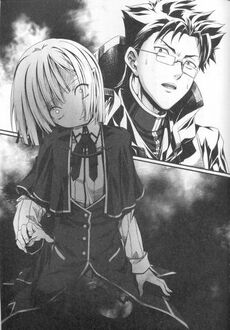 Add a photo to this gallery
Retrieved from "https://dxd.fandom.com/wiki/Gasper_Vladi?oldid=10633"
Community content is available under CC-BY-SA unless otherwise noted.