Koneko Tojo (塔城 小猫 Tōjō Koneko?) is a first-year student at Kuoh Academy who serves as the school's unofficial mascot due to cute compact loli appearance. Despite her petite size, being the "Rook" of Rias' group, she boasts extreme physical strength and endurance, and can lift heavy objects and throw them as weapons with little effort. The quiet and cool-headed member of the club, she rarely shows any emotion at all, and often says harsh things and hits Issei whenever he is doing or thinking something perverted. She is almost always seen eating something (most commonly youkan) when not in action. She is a two-tailed Nekomata, a cat demon. Her given name, literally meaning "kitten", is also a hint to her species.

In the light novels, it is revealed that she was about to be executed by the devils after her sister, Kuroka, killed her own master. Lucifer, one of the Four Satans, protected her, and left her under his sister, Rias', care - becoming her servant. She refused to use the power of senjutsu because she did not want to become like her sister, but she later overcame this fear along with Akeno after Issei made her overcome her own powers. Koneko, however, is not fully efficient in using her senjutsu like her sister, and is training to improve them. She shows the most concern for her comrades when they are in trouble. Later on, she experiences a change in her personality, and now only shows emotions of love towards Issei, constantly applying senjutsu on his body to help him regain his lost life, and even suggesting they use the 'Bedroom Method' of applying Senjutsu healing. She moves into the Hyodo residence in Volume 5. Her current name was given by Rias, while her original name is Shirone (白音?). 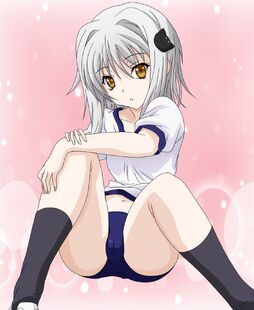 1 of 12
Add photo
Retrieved from "https://dxd.fandom.com/wiki/Koneko_Toujou?oldid=10437"
Community content is available under CC-BY-SA unless otherwise noted.